The Houston International Sports Film Festival (HISFF.org) is very excited to open the submission process to our inaugural festival!

WE ARE LAUNCHING A COLLEGE STUDENT SHORT FILM COMPETITION TO CELEBRATE BLACK HISTORY MONTH AS PART OF OUR RACIAL EQUALITY PROGRAMMING. WE ARE LOOKING FOR SHORT FILMS ON THE FIRST BLACK ATHLETE FROM A SPORT AT YOUR UNIVERSITY. GET YOUR SUBMISSION IN!

Born out of a love for sports and film, the first annual Houston International Sports Film Festival will be a platform to showcase the passionate, exciting and intense stories that sports brings to people’s lives. While everyone is captivated by the thrill of victory or the agony of defeat, we are looking for stories that go beyond the field and show the relationship between sports and life. HISFF founder, Josh Merwin, is proud to present this game changing festival.

Current events in the world right now have caused many in the film industry to stay home without work. One of the reasons HISFF founder Josh Merwin wants to take submissions now is so that we can give back by hiring those people in the film industry to watch and review the film submissions. It is our hope that this opportunity will give filmmakers a reason to look to the future with excitement and positivity for what is to come. Our goal will be to give filmmakers who are making submissions by the early deadline, an actual review of their film. We will do our best to extend this through the rest of the submission calendar, if possible. We know the film festival submission process can be an uncertain investment and the HISFF looks forward to giving filmmakers a more substantial return on their invested time and money. Please be sure to sign up for our mailing list at HISFF.org, and follow our social channels, @hiff_org so we can keep you updated on our future announcements!

HISFF will be a much-needed platform for independent storytellers to launch their sports films and careers. While there are thousands of film festivals around the country, HISFF will fill a void in the film festival landscape. In addition, as sports and culture have become intertwined, numerous athletes are using the platform that sports gives them to take a stand for causes and their personal beliefs. Many athletes are creating content via their own production companies. We will also give these athletes a platform to present their stories in a new, competitive space. We have seen these world-class athletes excel on the field of play, and we believe they will shine off of it as well!

The festival will benefit a specific cause every year that allows us to make a positive impact in the community and the world. We will launch June 3-6, 2021, in conjunction with the World Transplant Games, allowing us to make a major impact for Organ Donor Awareness. Beyond the screenings, HISFF will also help kids live a more active lifestyle by having sports activities as part of the festival. In addition, we will have various networking opportunities with film and sports industry guests, as well as actors and athletes.

We encourage filmmakers to truly think outside the box. Their films can be loosely based on sports themes. For instance, we would love to have a film submitted on the Cajun Navy, which has helped numerous communities, specifically the Houston community during major floods. While you might not consider this a true sports film, the Cajun Navy are using fishing boats to save people’s lives, becoming everyday heroes. A story could be .001% sports related and we would consider it for the festival. If you have any questions, please email submissions@hisff.org with a brief description of the film, and we will let you know if it is applicable.

Houston is one of the most diverse cities in the world, with a vast cultural landscape and incredibly wide palate for dining experiences from around the world. Sports is imbedded in the culture of Houston, overall as a city, as well as in the various communities and neighborhoods throughout the city. Sports brings together people from all of these different communities and backgrounds. We want to bring the rich flavors from all of these communities together at the HISFF. Houston draws people from all over the world to attend major international sporting events and these visitors also experience the southern hospitality Houston was founded on.

HISFF is excited to welcome filmmakers from around the world to experience our city and we are thrilled to support their careers! 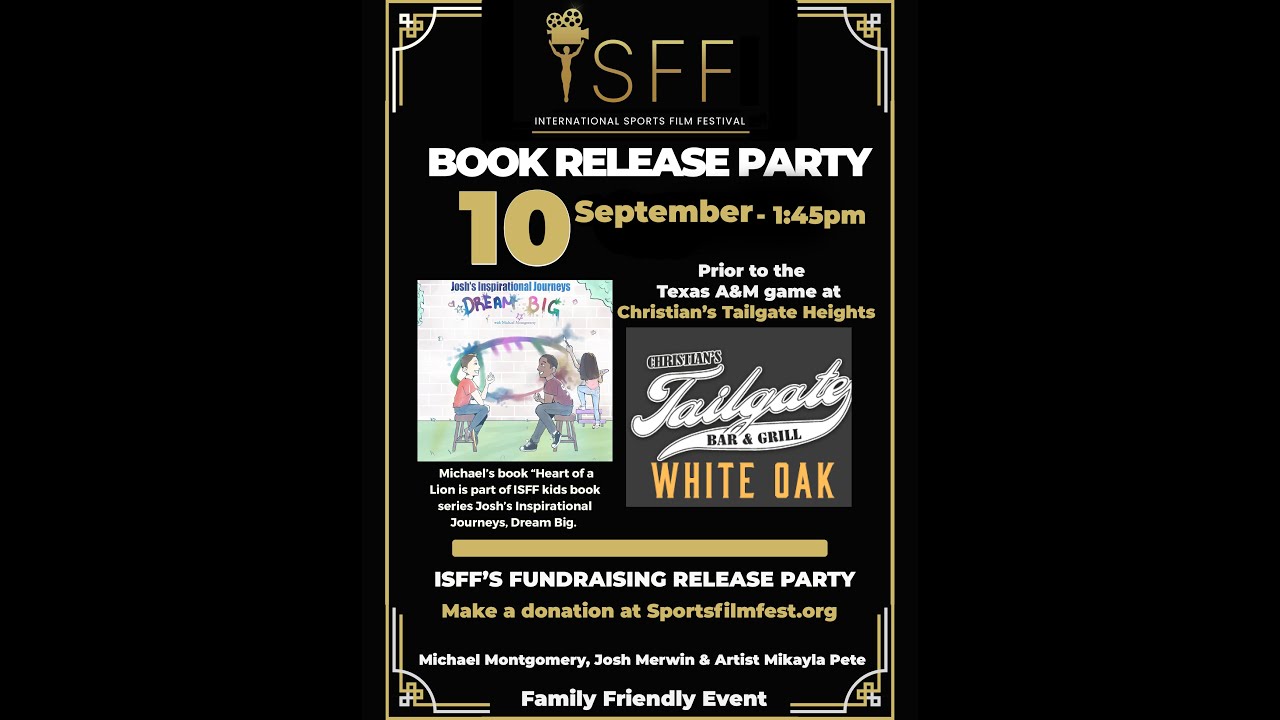 Putting Loni's car back together again!

Voice of the Game Trailer

This Is My Tennis Trailer