NEW DATE – The Rise of Antisemitism Around the World: ADL’s Sharon Nazarian 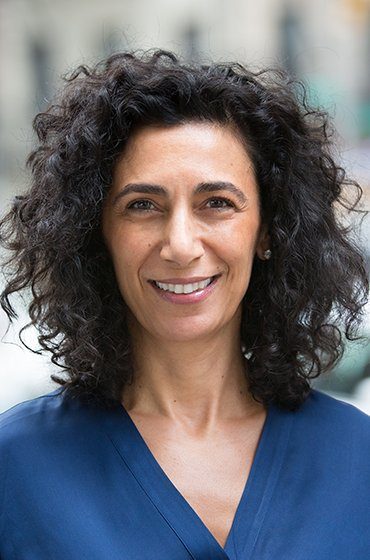 From the massacre of 11 people at the Tree of Life Synagogue in Pittsburgh in 2018 to hundreds of white supremacists rallying in Charlottesville, many of them carrying torches and shouting ‘Jews will not replace us’, recent years have seen a worrying escalation in both anti-Semitic rhetoric and actions in the U.S., and also in many other parts of the world.

Groundbreaking polling by the Anti-Defamation League (ADL), reveals that more than one billion people across the globe harbor anti-Semitic views from Europe to the Middle East to Africa and many other regions of the world.

Recent survey results highlight these concerns: 40% of European Jews said they live in fear of being physically attacked and 38% said they have considered emigrating; 70% of Brazilians believe Jews are more loyal to Israel than their own country; and 41% of South Africans agreed that ‘Jews want to weaken our national culture by supporting immigrants to our country’.

Anti-Semitism has plagued the world for centuries, and it often gains strength during times of economic, political and social upheaval. The ADL’s Sharon Nazarian, Senior Vice President of International Affairs, will discuss what factors have shaped the current state of anti-Semitism around the world, and what steps can be taken to reduce the influence and threat of anti-Semitism in the years ahead.

Prior to ADL, Sharon was active in three worlds: academia, philanthropy and foreign policy. She is the President of the Y&S Nazarian Family Foundation, with a regional office in Israel named the Ima Foundation. She is also the founder of the Y&S Nazarian Center for Israel Studies at the University of California Los Angeles (UCLA) and Chair of its Advisory Board. Sharon taught as an adjunct professor at UCLA in the Department of Political Science, is a member of the Council of Foreign Relations and sits on a myriad of foreign policy boards.

She studied at the University of Southern California (USC), double majoring in Journalism and International Relations, and received her Masters and Ph.D. in Political Science from USC.