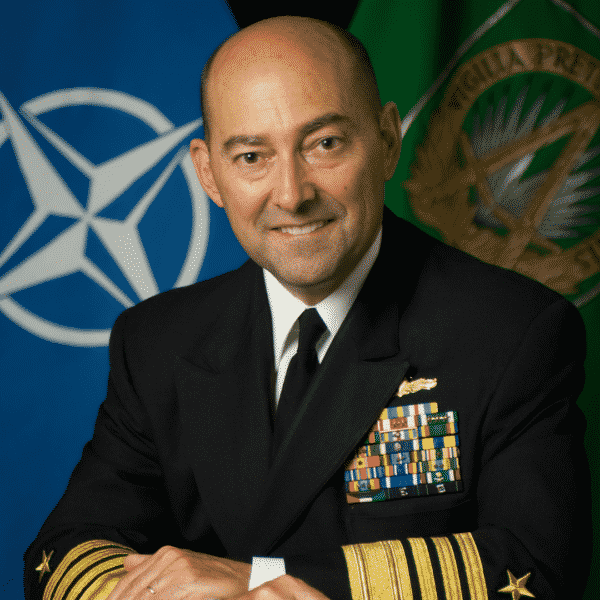 From one of the most distinguished admirals of our time and a former Supreme Allied Commander of NATO, a meditation on leadership and character refracted through the lives of ten of the most illustrious naval commanders in history

In Sailing True North, Admiral Stavridis offers a lessons of leadership and character from the lives and careers of history’s most significant naval commanders. He also brings a lifetime of reflection to bear on the subjects of his study–naval history, the vocation of the admiral, and global geopolitics. Above all, this is a book that will help you navigate your own life’s voyage: the voyage of leadership of course, but more important, the voyage of character. Sailing True North helps us find the right course to chart.
Simply as epic lives, the tales of these ten admirals offer up a collection of the greatest imaginable sea stories. Moreover, spanning 2,500 years from ancient Greece to the twenty-first century, Sailing True North is a book that offers a history of the world through the prism of our greatest naval leaders. None of the admirals in this volume were perfect, and some were deeply flawed. But from Themistocles, Drake, and Nelson to Nimitz, Rickover, and Hopper, important themes emerge, not least that serving your reputation is a poor substitute for serving your character; and that taking time to read and reflect is not a luxury, it’s a necessity.
By putting us on personal terms with historic leaders in the maritime sphere he knows so well, James Stavridis gives us a compass that can help us navigate the story of our own lives, wherever that voyage takes us.

Click here to order a copy of “Sailing True North” by Admiral Stavidris at Barnes & Noble or Amazon.

​Admiral James Stavridis is an Operating Executive of The Carlyle Group, following five years as the 12th Dean of The Fletcher School of Law and Diplomacy at Tufts University.  A retired 4-star officer in the U.S. Navy, he led the NATO Alliance in global operations from 2009 to 2013 as Supreme Allied Commander with responsibility for Afghanistan, Libya, the Balkans, Syria, counter-piracy, and cybersecurity.  He also served as Commander of U.S. Southern Command, with responsibility for all military operations in Latin America from 2006-2009.  He earned more than 50 medals, including 28 from foreign nations in his 37-year military career.

Earlier in his military career, he commanded the top ship in the Atlantic Fleet, winning the Battenberg Cup, as well as a squadron of destroyers and a carrier strike group – all in combat.  In 2016, he was vetted for Vice President by Hillary Clinton and subsequently invited to Trump Tower to discuss a cabinet position in the Trump Administration.

Admiral Stavridis earned a Ph.D. in international relations and has published nine books and hundreds of articles in leading journals around the world.  His 2012 TED talk on global security has close to one million views.  Admiral Stavridis is a monthly columnist for TIME Magazine and Chief International Security Analyst for NBC News and has tens of thousands of connections on the social networks.
[/et_pb_text][/et_pb_column][/et_pb_row][/et_pb_section]

This site uses Akismet to reduce spam. Learn how your comment data is processed.