Portugal’s Presidency of the Council of the European Union – Priorities, Expectations, and Challenges 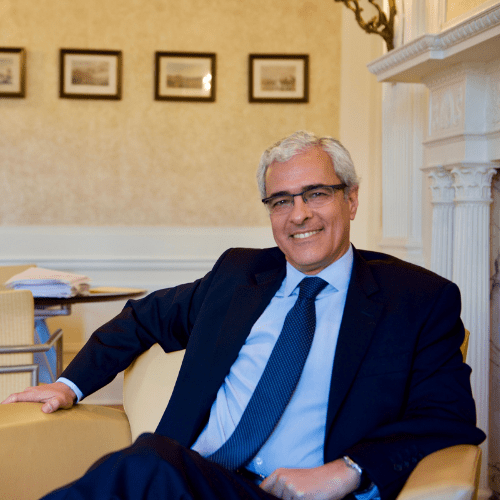 The European Union presidency program focuses on five main areas, which are in line with the goals of the EU’s strategic agenda: strengthen Europe’s resilience, further confidence in the European social model, speed up a fair and inclusive digital transition, promote a sustainable recovery, and reaffirm the EU’s role in the world, ensuring that this is based on openness and multilateralism. Join our dialogue with Ambassador Domingos Fezas Vital and learn how Portugal plans to meet the presidency objectives, showcase the vibrant culture of the nation and, in the given climate, what challenges the current presidency might be facing.

Ambassador Domingos Fezas Vital, a career diplomat of the Portuguese Foreign Service, was designated in September, 2015, to be Portugal’s Ambassador to the United States of America.

Throughout his career, Ambassador Fezas Vital served first as an adviser to the Portuguese Minister for Foreign Affairs as well as to the last Portuguese Governor of Macau. In that last position, he was responsible for the coordination of border issues with China as Portugal prepared to hand over the territory in 1999. He later served as Consul-General in São Paulo, Brazil and was appointed, in 2002, Deputy Permanent Representative of Portugal to the European Union (EU) in Brussels.

From 2006 until 2012, Ambassador Fezas Vital was the Senior Diplomatic Advisor to the Portuguese President, Aníbal Cavaco Silva.

In 2012, he became Permanent Representative to the European Union, a post he held until being assigned in September 2015 to Washington, DC, as Ambassador of Portugal to the United States of America.

Most recently, on March 18, 2019, Ambassador Vital was accredited as non-resident Ambassador to The Commonwealth of The Bahamas.

In 2019, he was chosen by the Confederation of Portuguese Industry, as Diplomat of the Year for his achievements in promoting economic relations between Portugal and the USA.