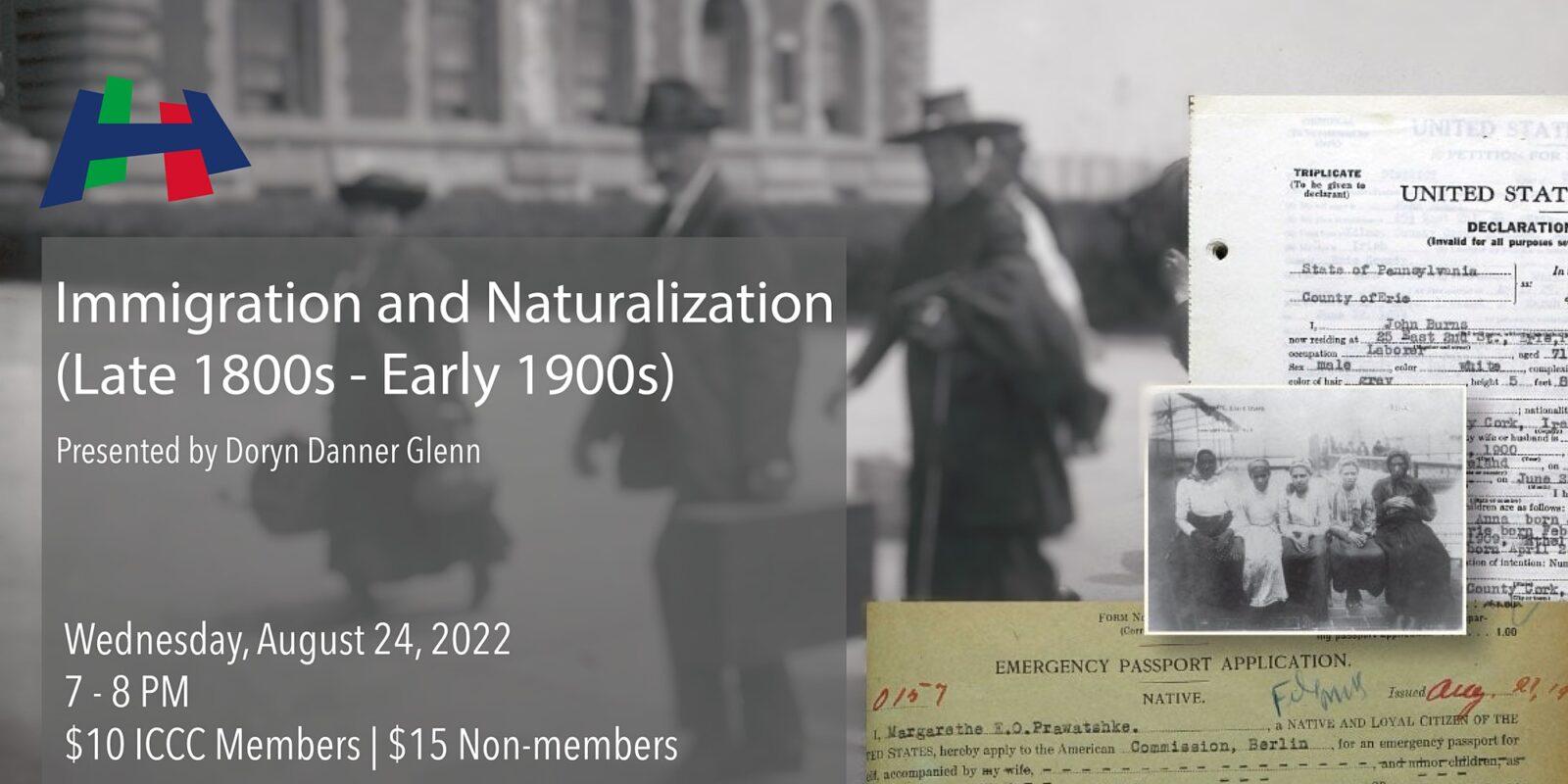 In this presentation, attendees will learn about the immigration and naturalization process in the United States at the turn of the century.  They will view original immigration and naturalization records from the late 1800s to the early 1900s.  They will see historical references to world leaders, and vessels of significance, (such as the Lusitania).  They will enjoy seeing the rich detail of information that is contained in these significant records.

Doryn Glenn was born and raised in Galveston, graduating from Ball High School in 1984. She attended Galveston College, 1984-1985 and went on to graduate from the University of Texas at Austin in 1988 with a Bachelor of Arts in Political Science with double majors in History and Sociology.  Glenn also attended law school at Louisiana State University graduating in May of 1992 with a Juris Doctor.  After graduation, she returned to Galveston to practice law in the Office of James Schweitzer.  She later went on to practice with Yarbrough, Jameson and Gray, specializing in Family Law.  In 2002, she started a family law section for Mills, Shirley, Eckel and Bassett Law Offices. In 2007, Glenn left private practice and began her career in judicial support in the Galveston County District Clerk’s office, serving in a number of roles and as the District Clerk in 2012.  She currently serves as Chief Deputy for District Clerk John D. Kinard, where she manages the jury system for Galveston County, among other things.  She has served as the President of the Galveston County Bar Association, the Galveston County Young Lawyers Association and the Junior League of Galveston County.  She has also served as the Chair of the Jury Service Committee of the State Bar of Texas.  She is the proud mother of a 25 year old daughter, (who is a 3rd grade teacher), and a 21 year old son, (an Eagle Scout who is a college student at Texas A&M University in Galveston).

The ICCC is funded in part by the City of Houston through Houston Arts Alliance.